Please note that due to the COVID-19 pandemic, many events around the world are being cancelled or postponed. Please be sure to visit the official website of any event you are planning to attend to ensure that is has not been canceled.
Big Ears

This is the general information page for Big Ears. For specific events/years follow the links below. 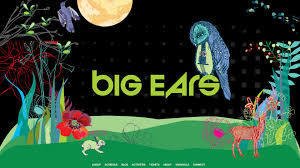 The next Big Ears will be happening sometime in the future.

Website
This festival's page is updated and maintained by volunteers and moderators. This festival has not been claimed yet. Please contact us to update any out of date information.

If you are associated with this festival then you may claim this entry and keep the data up to date.

A word from Big Ears

Named for someone who is capable of discerning and perceptive listening, who has the ability to use the ears as a creative tool or who hears things many may miss, the Big Ears Festival is a weekend of world-class musical performances in beautiful historic theaters, clubs, galleries, and museums, combined with talks and discussions, interactive workshops, installations, exhibitions, film screenings, surprise collaborations and unexpected connections. It celebrates the never-ending adventure of artistic creation and exploration.

Since its 2009 debut, Big Ears has hosted many of the leading composers and performers of our time, from ground breaking classical composers like Philip Glass, Kronos Quartet, Laurie Anderson, Terry Riley, and Steve Reich along with a new generation following in their footsteps such as Nico Muhly, The National’s Bryce Dessner, Radiohead’s Jonny Greenwood; ensembles such as the Bang on a Can, Ensemble Signal, The Bad Plus, So Percussion, and The Wordless Music Orchestra; leading alternative rock artists like The National, Swans, tUnE-yArDs, The xx, Joanna Newsom, St. Vincent, Vampire Weekend, and The Dirty Projectors; icons like Television, John Cale, and Silver Apples; and countless visionaries such as Pauline Oliveros, Tanya Tagaq, Jon Hassell, Antony & the Johnsons, Fennesz, Tim Hecker, Marc Ribot and My Brightest Diamond who continue to push boundaries and defy convention.

Join MixinMEup and add your vote